I’m obsessed with five things this month: the Yardley shoes by Sam Edelman, whitening my teeth with Colgate’s new toothbrush + whitening pen combo, making a statement with my new bright purple lip stain from Sephora, and becoming mentally and physically stronger by going to Pure Barre classes and drinking protein smoothies every morning. I can also honestly say that I wasn’t endorsed to write this post. Boom.

First things first… shoes. You can never have too many shoes. I have 17 pairs alone that are just plain black. But believe it or not, they’re all different. These open-toe heels from Sam Edelman give me life, not only because they can be dressed up, but also down. Pairing them with jeans or a flirty skirt is just the beginning of possibilities.

Second, is Colgate’s toothbrush + whitening pen combo. I’m a sucker for pearly whites, but like most people, I do not have time to sit with whitening strips on my teeth for 30 minutes everyday. However, this pen is so convenient because all I have to do is brush my teeth twice a day, then use the pen w/the whitening serum that is included. The pen also stays conveniently in a built-in compartment in the toothbrush.What’s even better is that there is no waiting time, and I’ve already started seeing results after four days. Boom, again.

Purple lip stain. I feel somewhere in-between an evil disney character and a fashion icon. But I’ll go with the latter. I will admit that I originally tried it on in Sephora as a joke, but I immediately fell in love. [ Here lies an excessive amount of pictures on Instagram of me sporting purple lips ] I also love that it’s a lip stain because it doesn’t get caked on my lips. Gross.

Addicted to fitness. Okay not addicted, but obsessed. My New Year’s resolution for like the past 17 New Year’s has been to workout and eat healthier. Ha ha ha. Well this year I actually took it seriously because I no longer wanted to wonder why I was constantly weak and had headaches everyday when I ate cheese puffs for dinner… Every morning I make a protein smoothie with fresh fruit, kale, yogurt and protein powder. I also try to go to the gym every day. I recently attended a Pure Barre class and I am obsessed. It’s a 55 minute class which consists of small movements to tire your muscles out faster. Talk about lift, tone and burn x10. Positive side effects have included: having more energy and being happier.

So there you have it, my Five Things of February. What are your five? Let us know in the comments section below. 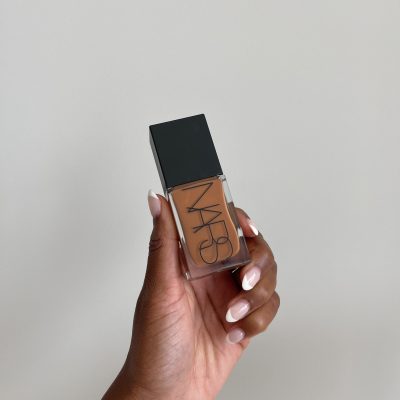 Top 5 Foundations I Love for Summer 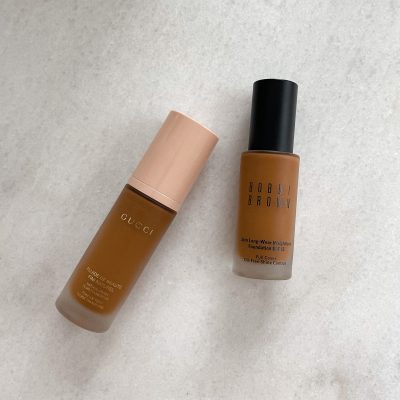 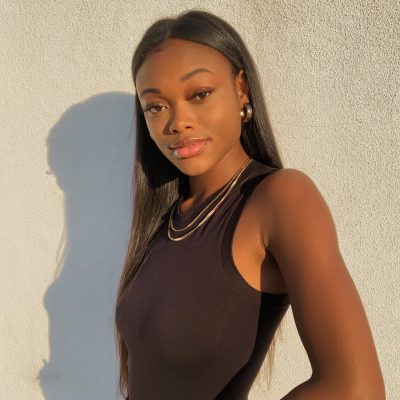